This senses the level of the ambient light and, if too dark, switches on a light (LED).

Setup the app by plugging an ambient light sensor into P4 and an LED into P2.

A cardboard house can be constructed, with the sensor mounted on the roof and the LED in a window. Navigate to the LightMe app and press Button B to run Light level is displayed as a % and arbitrarily categorised as Dark, Dim, or Bright. The LED is switched on when Dark. The sensor has a detection range from 1-6000 Lux.

The LED can be turned on and off (simulating day and night) by holding a hand between sensor and light source. 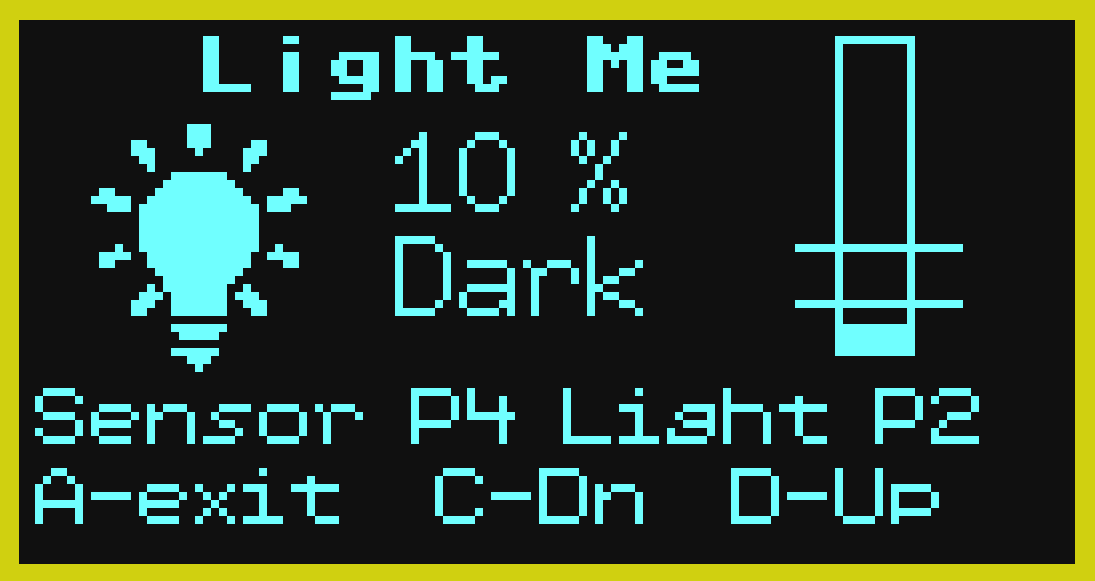