KookaBlockly is a fully functional visual-based programming language (VPL) editor resident on a PC or a Mac.

It is based upon the Scratch VPL and has been designed to edit code in real time on the Kookaberry microcontroller STEM platform.

It does not require access to the internet to write, run, and edit MicroPython programmes on a tethered Kookaberry.

New firmware is currently under development which will make this process easier.

Connect a Kookaberry to your PC or Mac using the USB-A to mini-USB Power and data lead as indicated. Connect peripherals as required. 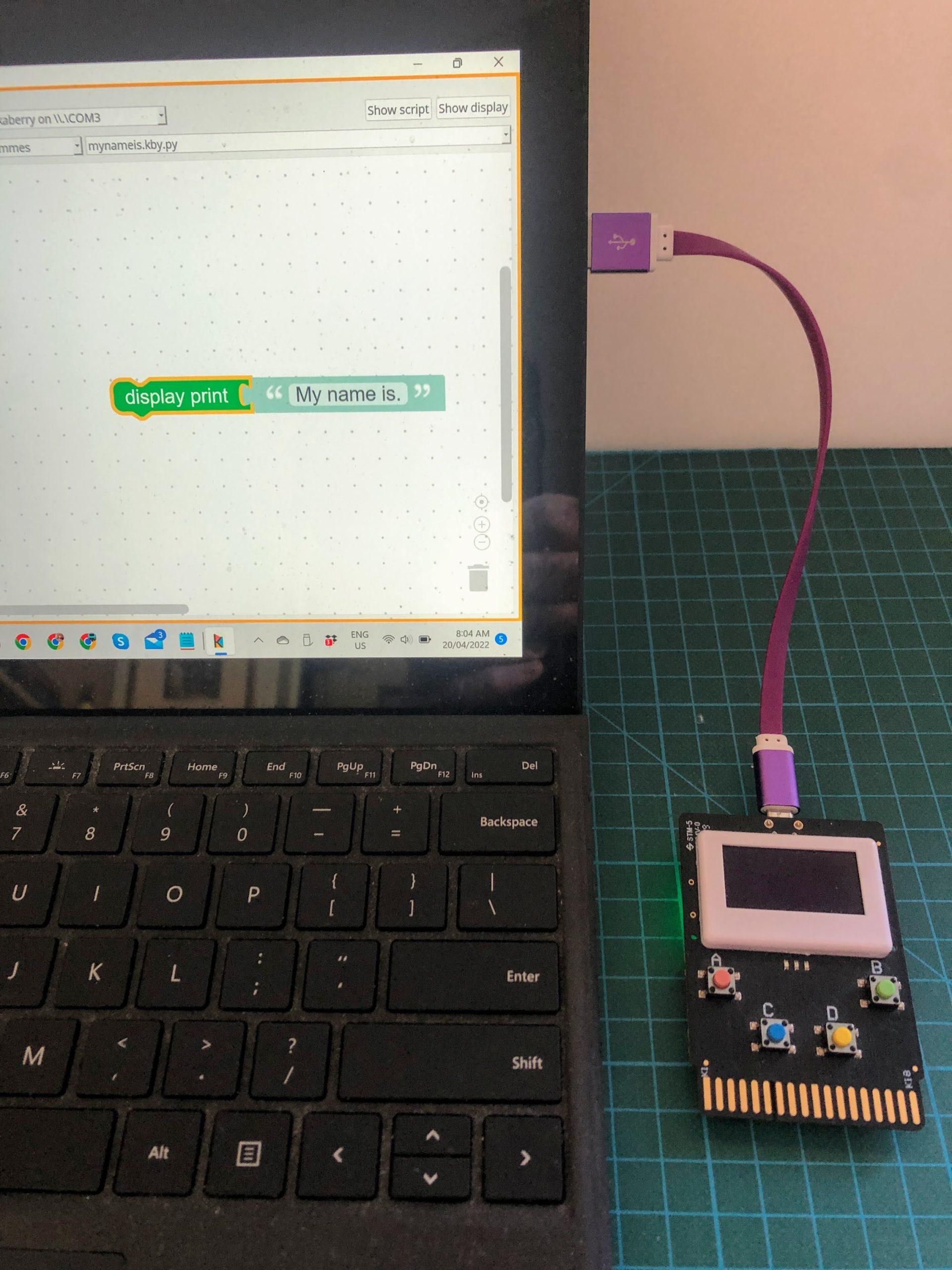 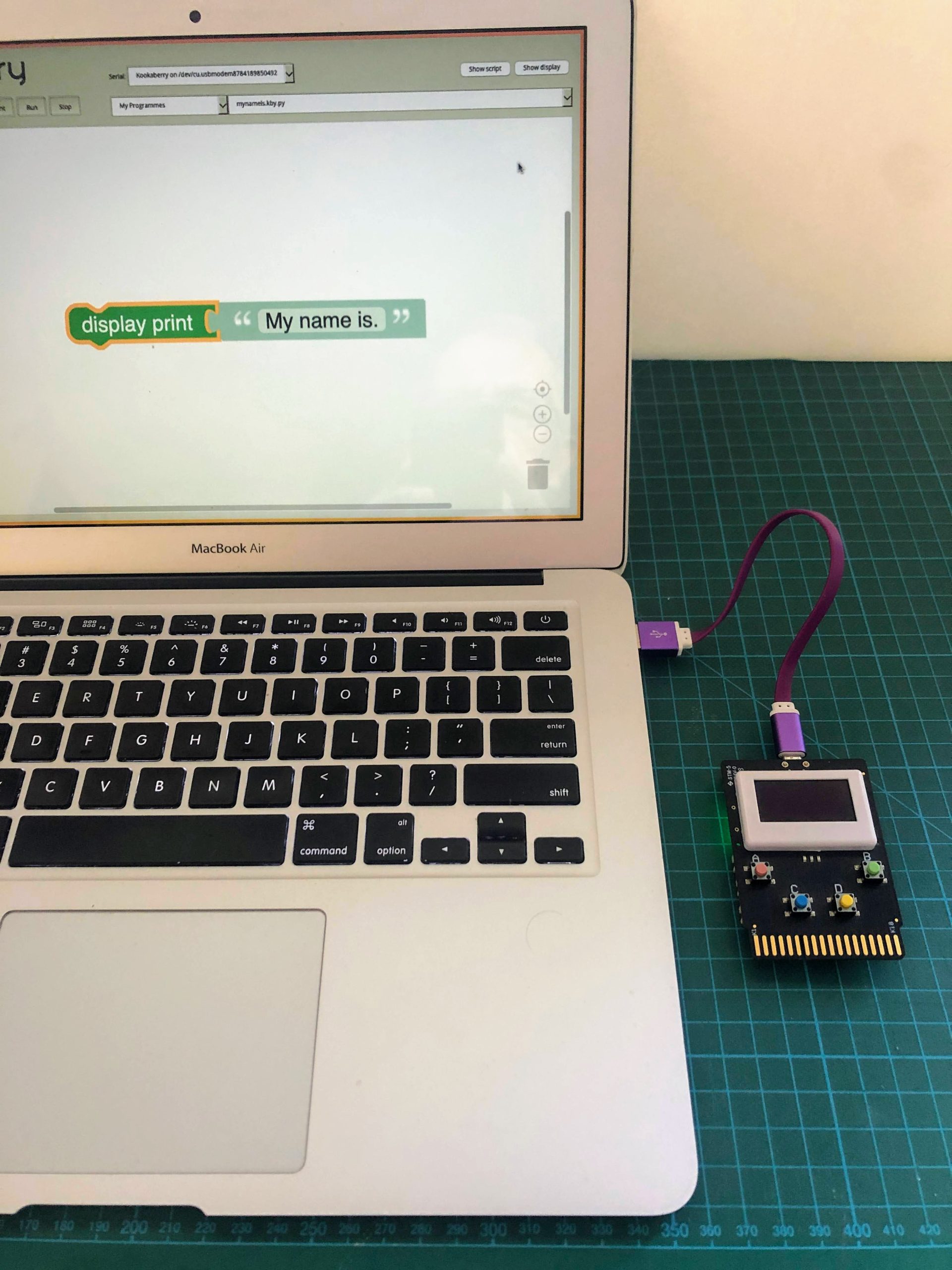 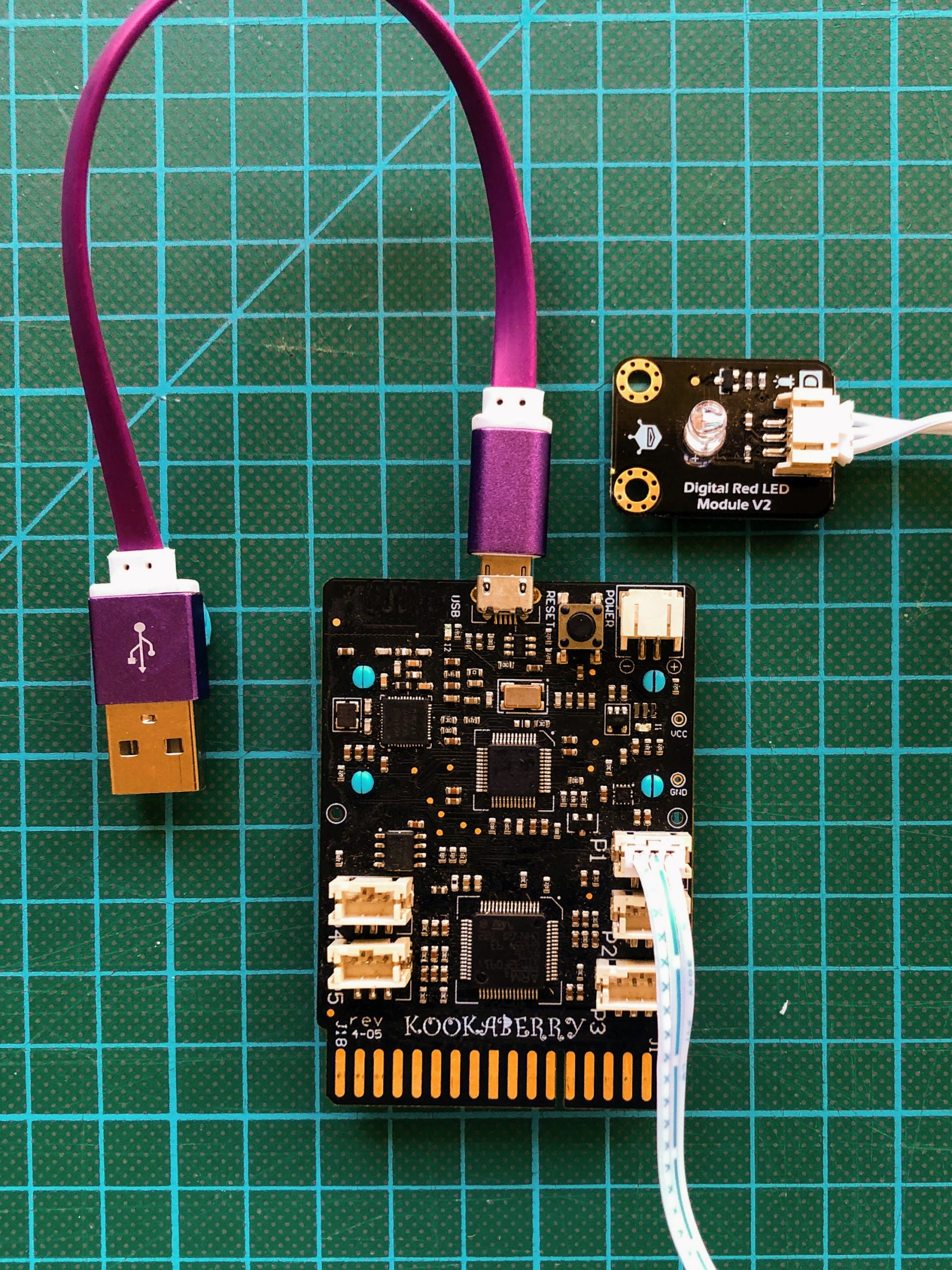 Open KookaBlockly and use the “Scripts” and Choose a script” dropdown menus to select a previously created or demo programme to Run or edit.

If you are creating a new programme, start dragging programming blocks from the menu on the left onto the canvas. 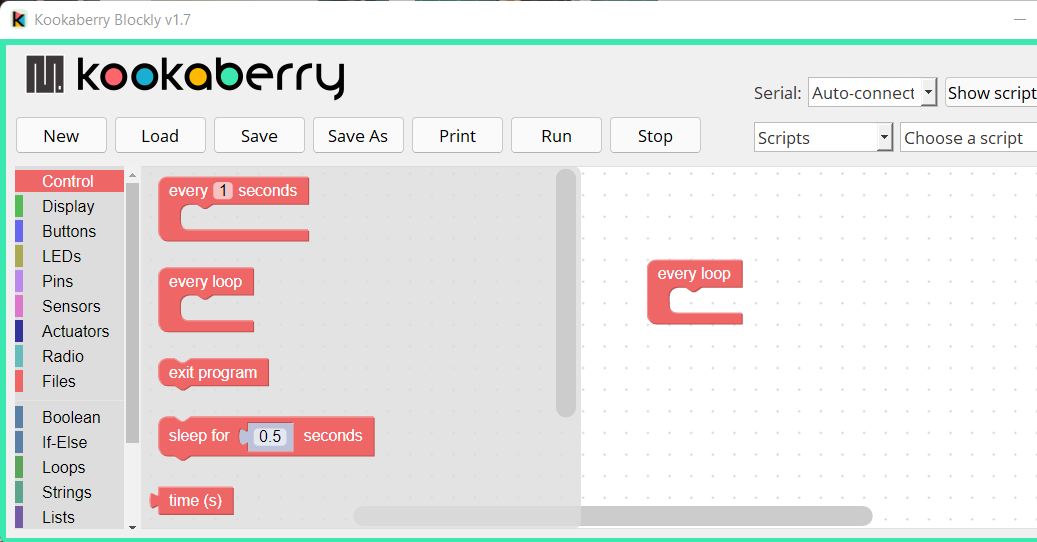 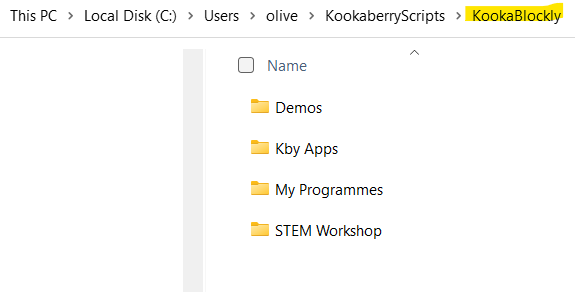 All scripts (programmes) using KookaBlockly should be saved with a suffix (kby) added to their name. This should be written as “Name.kby“. They will be saved as “Name.kby.py” files.

When these programmes are saved to a Kookaberry, the .kby suffix will identify them as KookaBlockly programmes.

Saving apps to a Kookaberry

Save your app to a Kookaberry Scripts folder, and then copy and paste it into the app folder of the connected Kookaberry. 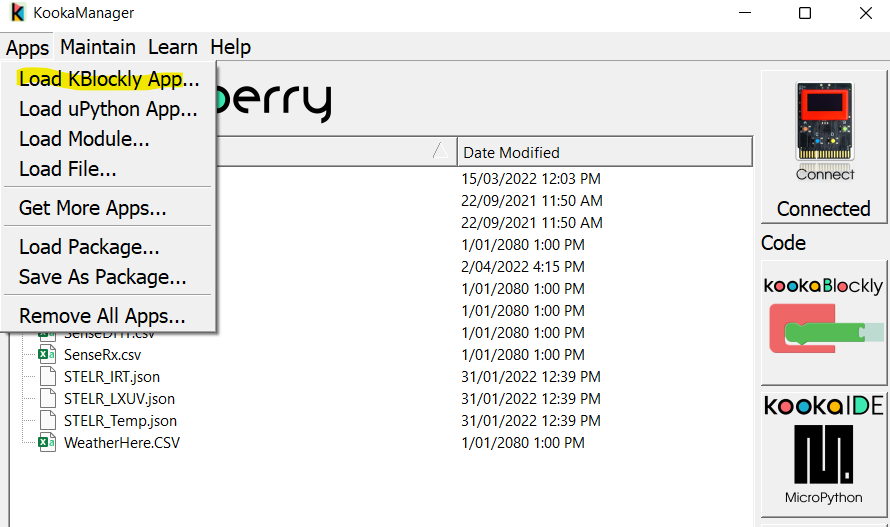