This plays musical notes using gestures. It uses its on-board accelerometer to play the C Major scale in the seven octaves of a standard piano.

Set up the app by plugging a Loudspeaker into P4 and (optionally) a Touch Sensor into P5. You don’t really need the touch sensor as the notes can be played by pressing Button D . However, the touch sensor provides a more intuitive and tactile interface…..

If you have an Austem 3D printed handle, attach the loudspeaker and touch sensor to each side with little screws through the holes in the modules. Alternatively, the touch sensor can float freely away from the Kookaberry. Press Button B to run the app. Use the touch sensor or Button D to play the note showing on the screen. The note showing when the Kookaberry is perfectly level is middle C (ie, the note C in the fourth octave of a standard piano – written as C4).

Change the note within the same octave (#4 when level) by tilting the Kookaberry forwards (to lower the note) or backwards (to make it higher).

Change the octave by rotating it to the right (for higher octaves) or to the left (for lower octaves). 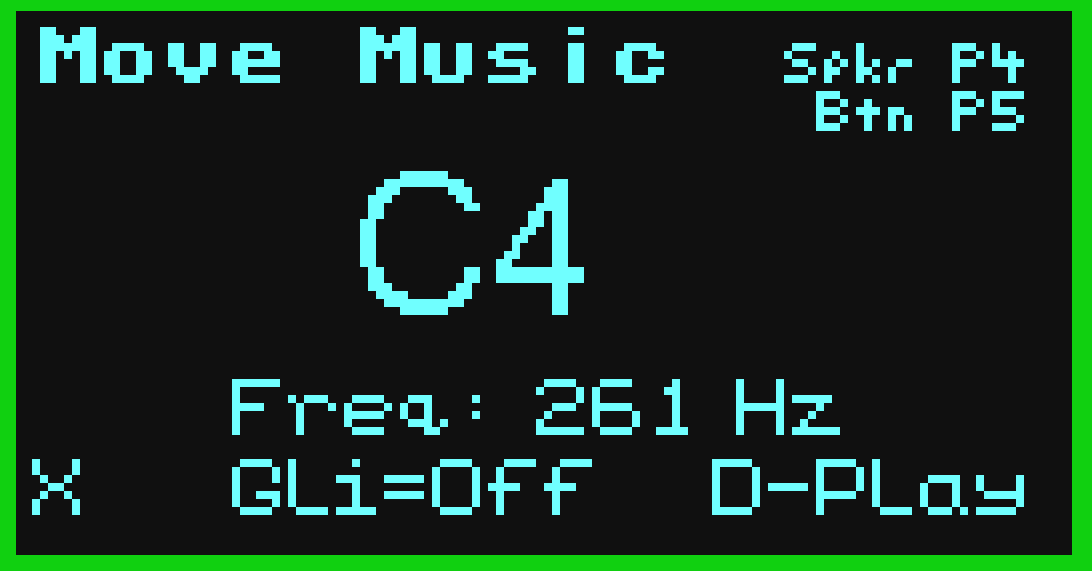