This is a standard passive infrared (PIR) motion detector from DFRobot (SEN0018) which looks for heat sources within its detecting angle. When it detects a new heat source it sends an alarm signal back to the Kookaberry.

Although the sensing element is analogue, this sensor is classified as a digital sensor because its output (an alarm signal) is digital.

Motion sensors are the building blocks of modern alarm systems. For more information, go to the Beginner’s Guide to Motion Sensors Passive IR (PIR) sensors use a pair of pyroelectric sensors to detect heat energy in the surrounding environment. These two sensors sit beside each other under the plastic lens dome of the module. The lenses on the dome’s surface widen the angle of IR reception.

When the signal differential between the two sensors changes (if a person enters the room, for example), the sensor will engage and an alarm will be generated. An excellent tutorial is provided by Adafruit from which many of the following diagrams are sourced. How do you use it?

When a PIR is first turned it needs up to a minute to warm up, stabilise and take a “snapshot” of its surroundings with NO motion. This is the condition that it will use as a comparison to detect change – which is interpreted as motion.

NOTE: It is therefore important to remain very still after first turning a PIR on in any given situation.

The potentiometer on the back of the PIR (the yellow block with a small + socket for adjustment left or right) will adjust the length of time the alarm signal will remain in the ON (high voltage) state after motion has been detected.

When used with the SenseMe or other apps, this potentiometer should be turned anti-clockwise as far as possible because the algorithms in the app will include their own variable delay instructions.

Where are they used?

Anywhere that motion of a heated body requires detection – such as in a burglar alarm or to switch on external lights.

How can they be used to enhance Lesson Plans? 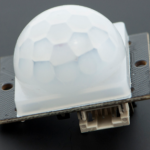 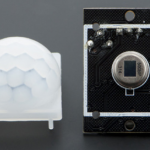 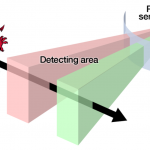 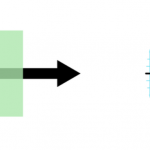 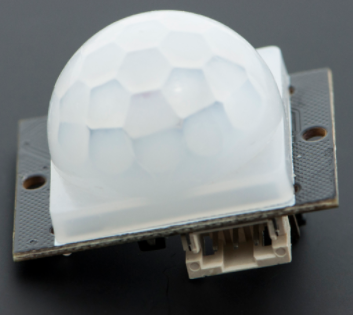