This Tutorial simulates the starting of a car engine when the petrol tank is 75% full using one Kookaberry. You will then connect it to another Kookaberry and show how the engine can only be started when the tank is both 75% full AND an ignition button is pressed.

You will be using the Analogue and Logic apps.

The Analogue app displays a varying level of voltage from an analogue input and triggers a control signal at an adjustable threshold.

The Logic app illustrates the operation of the various Boolean algebra logic gates used to perform mathematical calculations in a computer. We will be using the AND and OR gates (the first two) for this tutorial.

Introducing the motor and the petrol tank Run the Analogue app and set the threshold to 75% using the C and D buttons. Rotating the potentiometer  progressively alters the input voltage  at connector P4.

When the voltage input is in excess of 75% of its total range (between 0 and 3v), an output signal of 3v is sent to connector P2 . Step 3: Filling the petrol tank and starting the engine

Turning the potentiometer to vary the voltage applied to P4 simulates filling a petrol tank at a pump; and the 75% threshold the level at which the driver determines when the car is OK to start. This is demonstrated by the fan motor operating automatically when the threshold is reached.

However, we don’t want the car to start automatically once the petrol tank reaches a certain level – we want control over when it starts. This is where the next stage of this Tutorial kicks in.

But first an explanation of the Logic app which we will use to add an ignition switch.

The Logic app provides a physical representation of the five Boolean states – AND, OR, NAND, NOR, and XOR. These are commonly referred to as Gates and are fundamental computer mathematical elements. Two inputs (P4 and P5) are showing leading into a gate which, depending upon the logic state and the combination of inputs, will produce an output on P2

It sounds more complicated than it really is. Far easier to just try out the various modes. This is where the Kookaberry really helps by bringing theory to life.

The Gate logic is as follows. We will use the AND Gate in this Tutorial.

Inputs P4 and P5 can be turned ON by pressing Buttons C or D respectively .

What is happening within the Kookaberry?

The Logic programme continuously checks for the presence or absence (also known as the “state”) of an input signal at P4 and P5. If it detects 3 volts, it determines that the connection is in an ON state and shows a “1” against the appropriate connector on the screen. If there is no signal, it assumes the connection is OFF and shows a “0”.

The introduction of logic gates in primary school years may appear premature, but they are interesting and have been shown to be easily understood when presented in this practical context.

Unscrew the fan module from the side of the first Kookaberry and attach it to the side of a second one. Connect it to P2. Leave the potentiometer attached to P4 on the first one.

Attach a push-button to the handle of the second Kookaberry and connect it to P5. This will represent the ignition switch of the car. Run the Logic app. The screen will show an AND gate. Both the inputs (P4 & P5), and the output (P2), of the logic gate will show “0” which is the OFF state for all inputs and outputs

Operate the ignition switch (push-button). This turns P5 ON but P2 remains OFF.

Why is P2 still OFF? (Check the Logic App basics for answer) Now turn P4 ON by pressing Button C and press the ignition switch again. The engine (the fan) will now turn because P2 has been switched ON.

We will now connect the two Kookaberries to bring the analogue process of filling a petrol tank together with the logic of having to press the ignition switch before the car will start.

Bringing the Kookaberries together as a digital system

Step 1: Connecting them together Run the Analogue app on the first Kookaberry and the Logic app showing the AND gate on the second.

Fill up the tank in excess of 75% on the first Kookaberry and a signal will be sent from P2 across to the second Kookaberry turning P4 ON.

However, the engine (the fan….) will not start until the ignition switch (the push button) is pressed which turns P5 ON.

Peripherals used in this learning plan 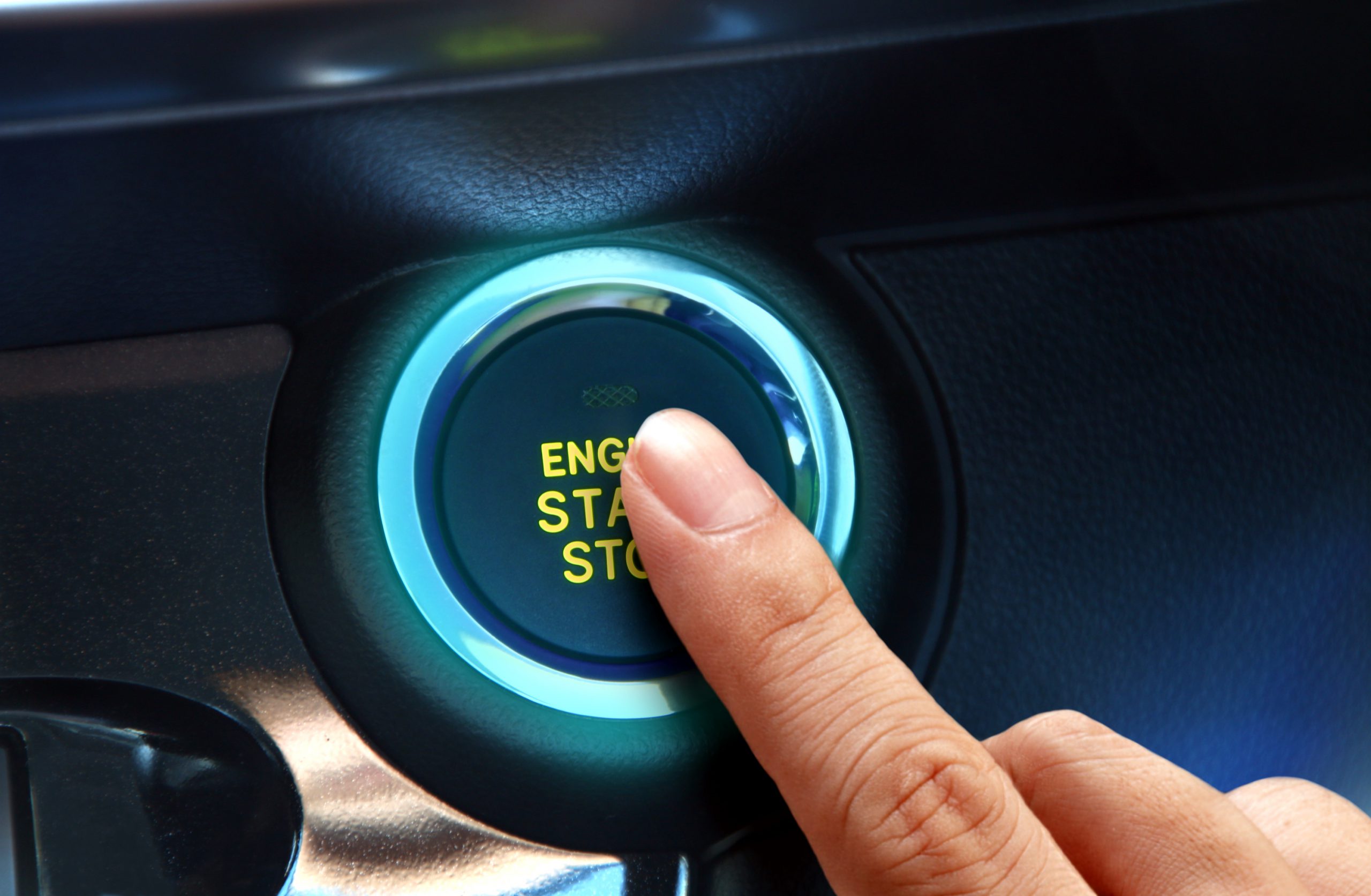