We can see this acceleration on the Kookaberry’s screen when resting vertically on a horizontal surface and running the BounceMe app.

In this demonstration we will suspend a Kookaberry running BounceMe on an elastic cord; drop it, and observe the steadily decaying amplitude of its acceleration over time until it comes to rest. 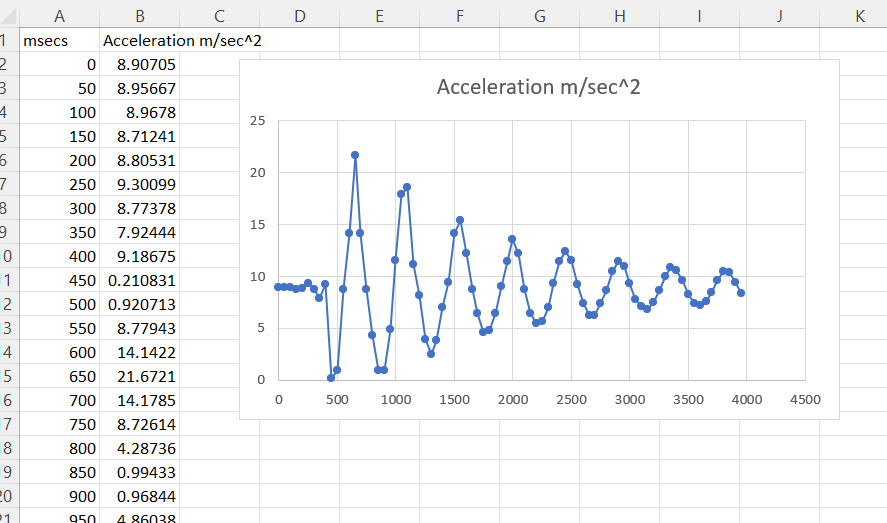 This data used to create this graph was logged by the Kookaberry and stored in its onboard USB memory for display and analysis on a computer.

Question: What actually is Weightlessness?

Answer: When the force of gravity acting on a body no longer exists – it is zero.

[Follow-up Question: If a body has no weight, does it still have mass?]

Analysis of the Graph