This is an electronic metronome which demonstrates rhythm and beat accents. Scroll to the Metronome app on the screen and press Button B to run.

There are three modes selected by Button B

What is showing on the screens?

You can use the app as a metronome to

You can beat your own time with the touch sensor. Your time is shown in BPM just underneath the bar. Other sensors such as a vibration sensor (eg, on a drum) could be used to time your beat against that of the metronome. 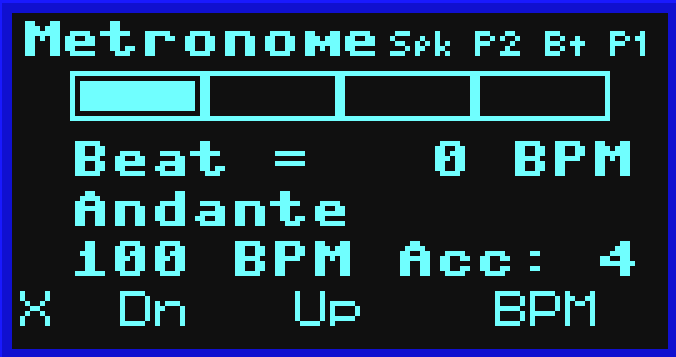