This is a retro computer game where you try to guide a Lunar Lander to a small platform without crashing it.

You control the pace and angle of descent of a lunar lander coming down from a random position at the top of the screen to land it perfectly on a small platform at the bottom of the screen.

Full instructions are on the screen, and explained in more detail below.

Step 1: Finding and starting the app

Navigate to Lander in the menu and press Button B to Run.

An icon of a moon lander will appear at the bottom of the screen and move upwards dragging instructions behind it.

“Simple Lunar Lander. Land on the pad without crashing.

Press Button B to start.

What is showing on the screens?

The lander is the little graphic in the middle. It is shown with the descent thruster firing. Similar rectangles appear for left and right thrusters.

The “Crashed” notice displays if you miss the pad.

The landing pad is the bar on the bottom.

Initial entry is from the top of the display, somewhere random in the middle half. Initial descent and traverse velocities are also randomised but not too fast.

A crash is declared if you fly off the display or miss landing wholly on the pad or arrive too fast.

You need to manage the fuel…. If you use it all up before you land you will accelerate due to gravity and cannot make any more lateral maneuvers.

Thrusters accelerate the lander while they are on; and not when they off.

Gravity is omnipresent – that is in the absence of descent thruster the descent velocity will increase. 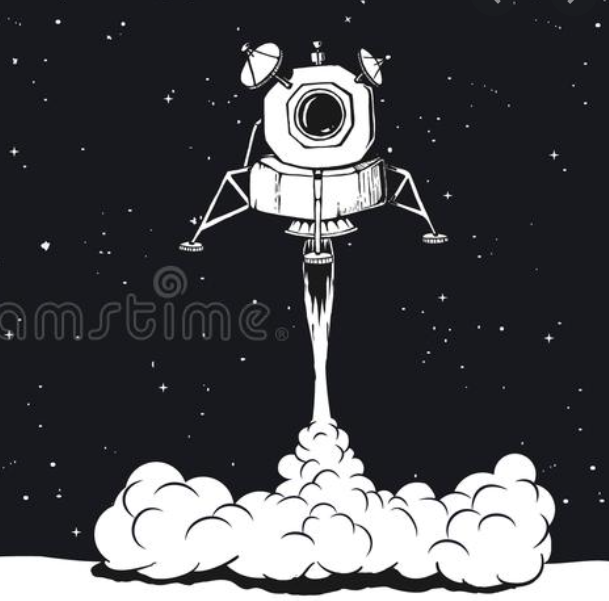